Shopping Cart
Your Cart is Empty
Quantity:
Subtotal
Taxes
Shipping
Total
There was an error with PayPalClick here to try again

Thank you for your business!You should be receiving an order confirmation from Paypal shortly.Exit Shopping Cart

Hope for a New Life from Today

Below is an e-mail received today from Ben Ezinma from CHIRN Nigeria. This is possibly a life changing day for Mark. It will certainly be a milestone as far as Mark's health and welfare is concerned. The effort that Ben at CHIRN has put in is amazing and we would all like to thank him for his positive support and actions. A massive thank you also to Emmanuel Okoro who has been our eyes in Nigeria, monitoring Mark's physical and mental state. God Bless you all and heres to Mark's future.

We went Mark's place today with the Govt. Officials. Luckily the sole administrator (CEO) of Obowo Council decided to go with us to see things for himself along with his aides, the activity started by 12noon and ended by 3:30 pm.

The milestones of today''s meeting were:-

1. Mark was taken to hospital for a medical at the order of the Sole Administrator, because his health was in a very bad shape when we got there. In addition, his father admitted that Mark has never visited a health facility before. Mark was taken as an in-patient until he will be released/discharged when Doctor confirms him fit.

2. His father was asked to accompany him to the health facility.

4. Earlier, CHIRN had donated some anti worm and multi vitamin tablets to Mark before the decision to take him to the health facility was arrived at.

5. The actions and inaction of Mr CHINEDU, Mark's father was highly condemned by the Govt. Officials and have vowed to sanction him.

I believe we have started

I will forward the photos to you

Below is the list of all Officers present during the meeting in John's place :

The name of the health facility is N.Y.S.C Health centre Achingala Obowo L.G.A , the name of the Matron who received Mark is Mrs. Victoria Ogbonna

Thank you for all you encouragement and motivation.

This was the condition my brother found Mark in when visiting with local NGO childrens orphanage manager Ben Ezinma. All the information he gathered is being passed on to the relevant authorities. 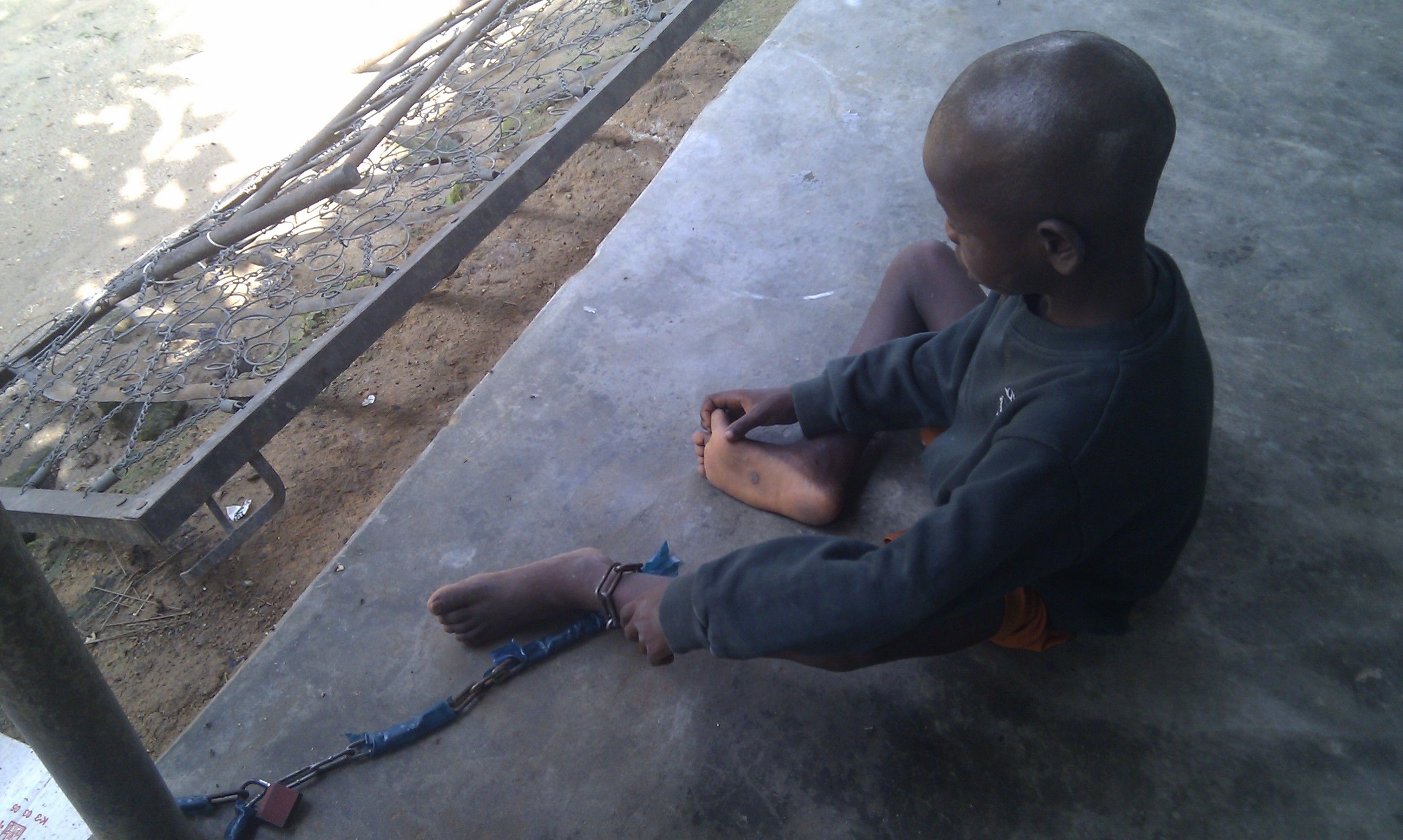 Just received a telephone call from my brother regarding Mark, the 8 year old boy in the picture below. A group of army personnel found him wandering the streets last night and took him to his father this morning. The father has a new woman, she proceeded to strike Mark repeatedly with a cane. It was the screams and shouting from Mark that alerted my brother. My brother intervened and stopped the beating.

Mark has no one. Mark is 8 years old. Mark has been accused of being a witch by his mother and father ( separated) as an excuse to portray their own selves as having "no baggage" to make it easier for both to re marry. If anyone has a conscience please support what we are trying to do. Not for our own sakes but for children like Mark, he is one in a million going through this horrendous abuse. 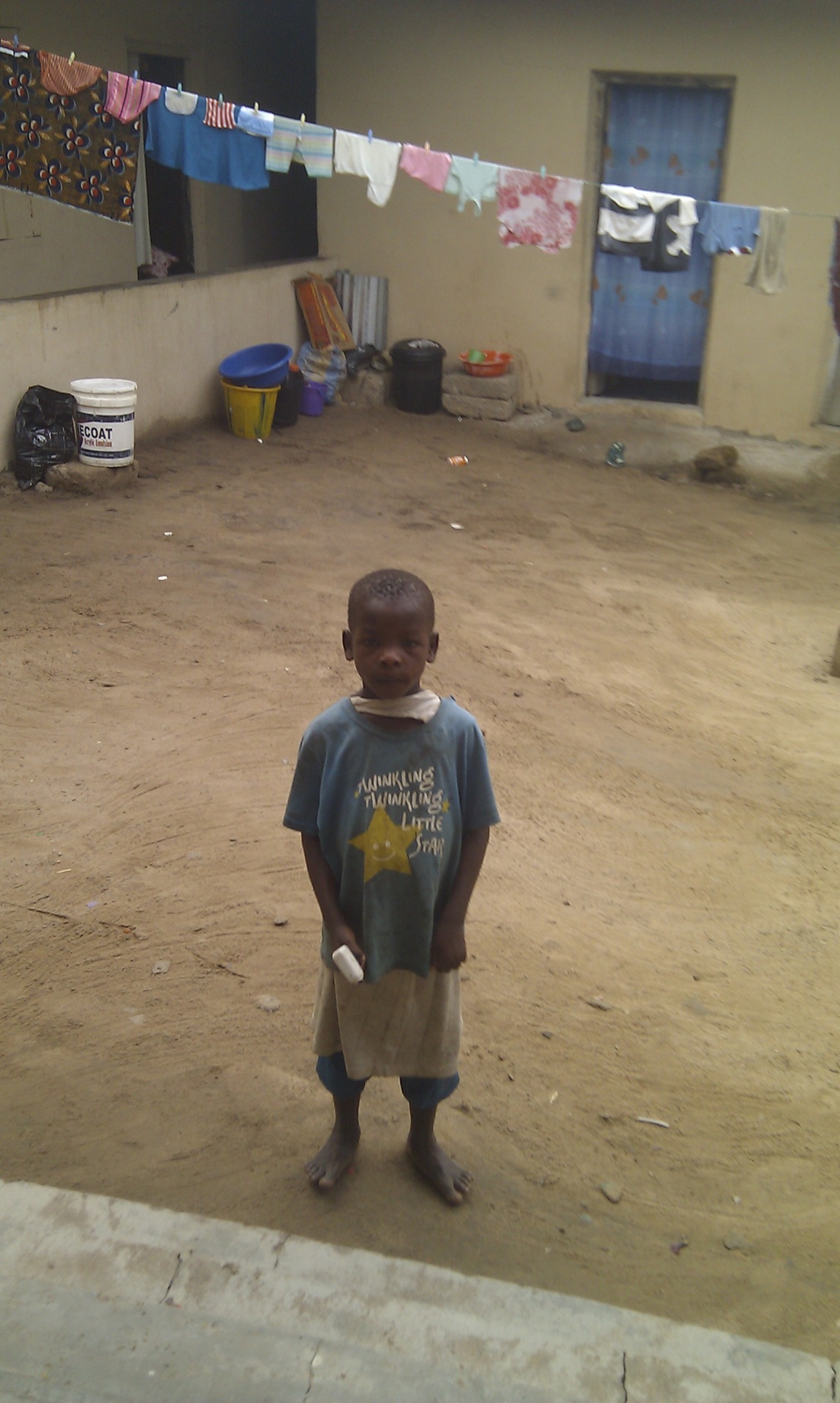 Amazing surprise at the opening of Gary Foxcroft's organisation WHRIN ( Witchcraft and Human Rights Information Network ) in London. We were awarded the Community Champions Award 2013. Thank you so much Gary for your support. 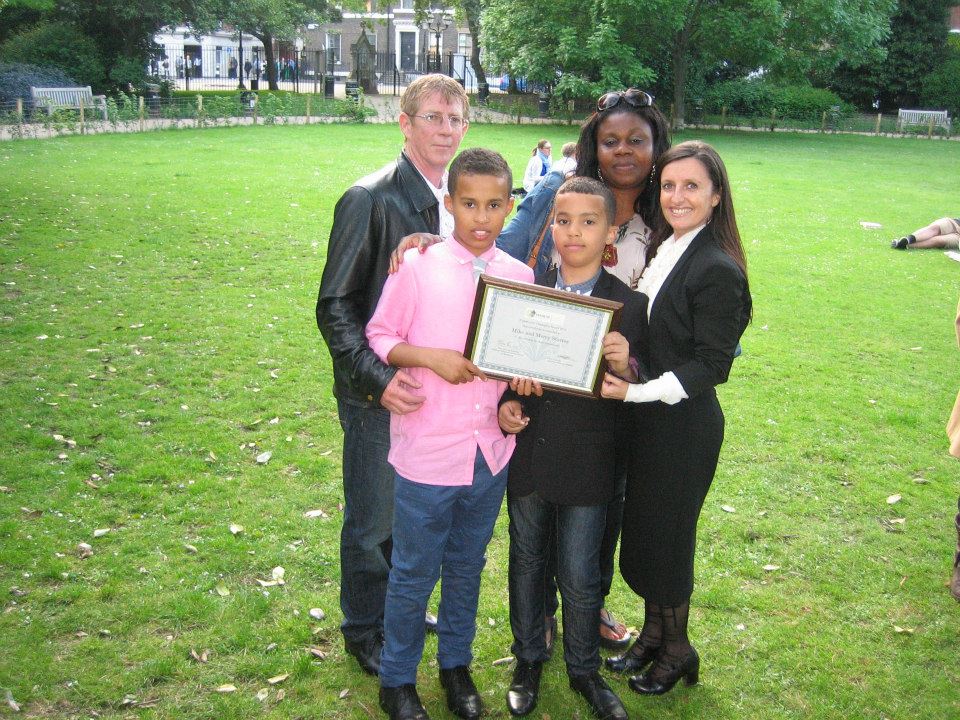 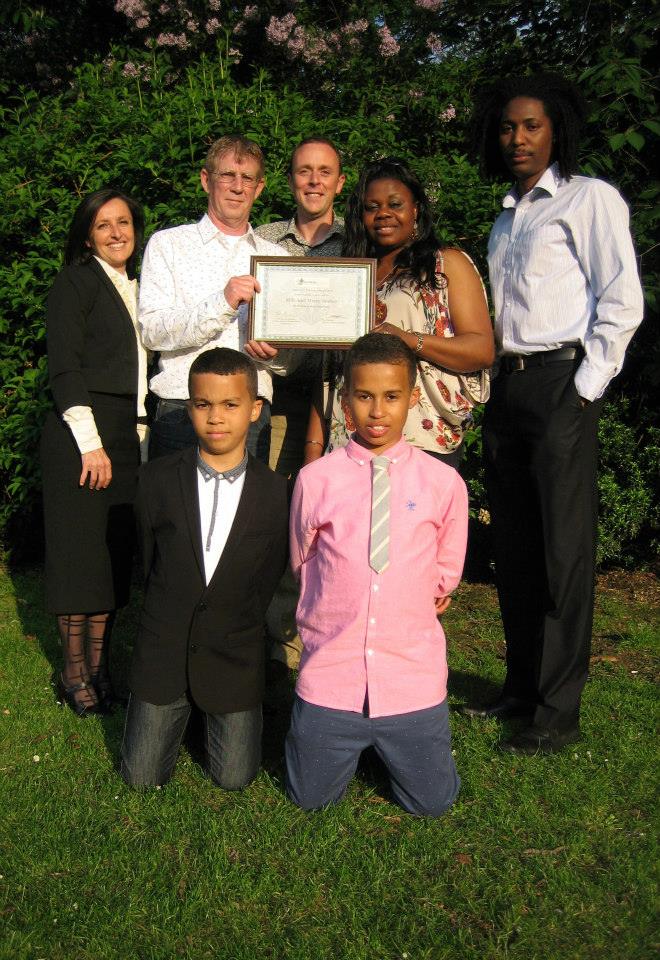 We received an e-mail from Mr. Ben Ezinma from the Child Rights Information Network who has offered help to the 8 year old boy Mark, the child who appears in our case study. Ben will be in contact with Mark very soon and hopefully his plight will be vastly improved from now on. Ben has also offered to be in partnership with our project and so will be working directly with us. This is great news as this will be another way to raise awareness of the tremendous struggle that many Nigerian children suffer day to day. Too many people see the stories and videos which show the pain and suffering of people throughout the world and discuss with family and friends how awful this is but when it actually comes down to helping, they turn a blind eye and do nothing. Here at M.A.R.T.H.A. you do have an option of helping, and I would encourage all who read this to contact us and offer help, no matter how little you may think it is, it will make a massive difference. Please support and raise awareness to all your family and friends. One e-mail has made a massive difference to Mark, that's how quickly things can happen when people genuinely want to help.

We have found a possible site for the School but this is virgin land and would need a large amount of clearing. The timber which would be felled to clear the land can be sold to raise money for the Project  again, benefitting the community. The benefit of this land is that it is community owned so any financial gain would benefit the community and not one individual. Another benefit is that children who already live within this community would benefit from gaining an education. The land size is approximately 65m x 50m which is a substantial size and there are options for increasing over time. Will update as soon as there are any other possible options. Photographs of the proposed site can be found by clicking on the Photo Gallery tab at the top of the screen.

This afternoon we had a meeting with a local businessman David Taylor from Irvine Taylor Chartered Surveyors from Lancaster. David was very supportive of our project and gave us some great ideas for moving forward. David has also given an insight of fundraising projects he has been involved with in the past. We are absolutely positive that the project will progress and look forward to working with David from now on.

Thank you very much for your support David, God Bless.